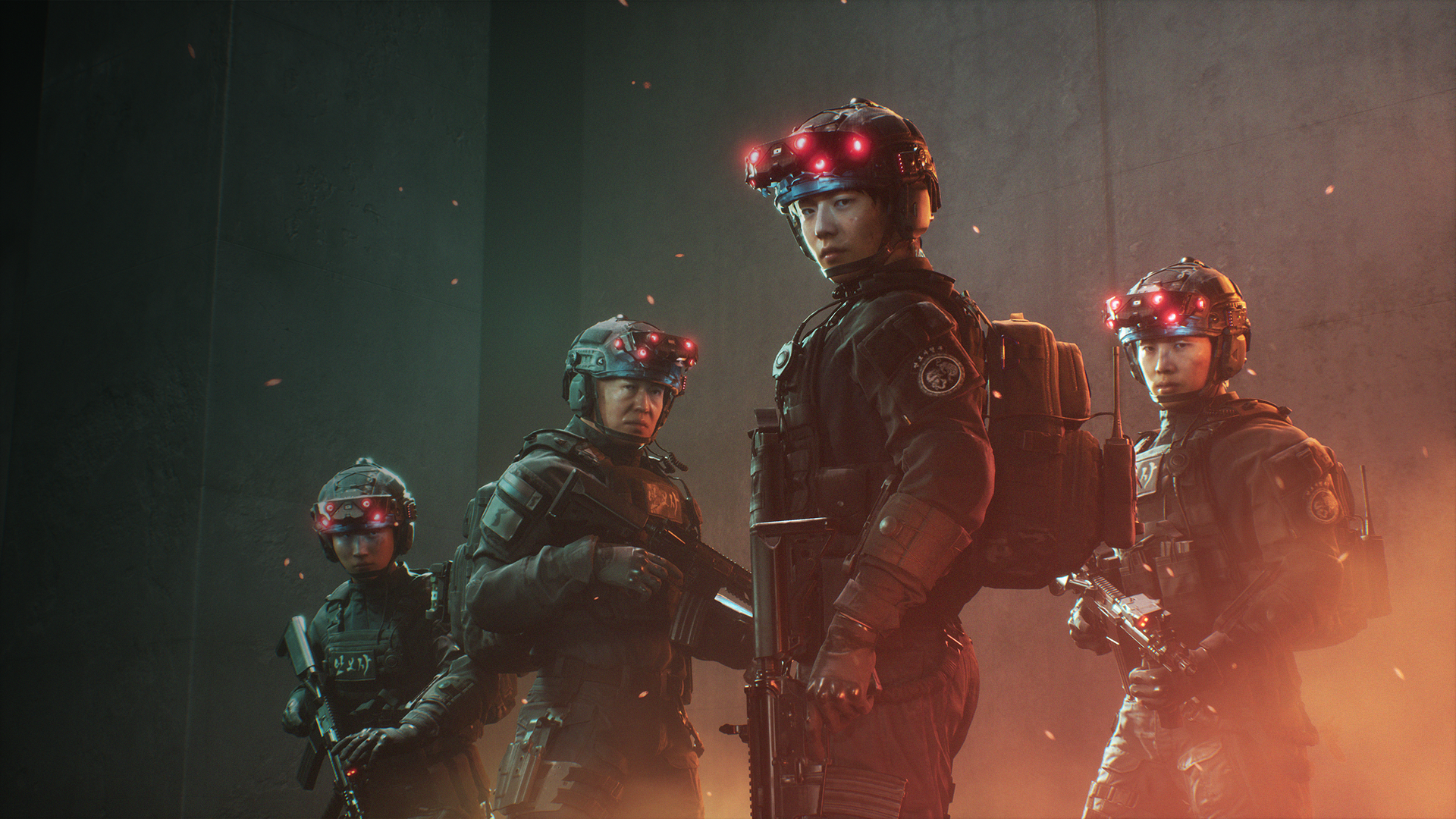 <Project “Shaman”> is a third-person, interactive-action adventure game based on the world of Mudang (Korean for Shaman) created by Korean webtoon artist, Seok Jung-hyun (aka Stonehouse). In parallel, A-Story, the production studio behind the globally successful Netflix Drama <Kingdom> is working on a global OTT drama based on Seok Jung-hyun’s webtoon “Shaman”.

The game “Shaman” is being developed as a AAA title, using state-of-the-art digital human technology by EVR STUDIO.  Famous Korean actors, Lee Hong-nae and Heo Sung-tae among others are being developed as hyper-realistic game characters and movie director Kang Yoon-Sung is working on the project as Cinematic Director.

Peace has found it’s place in the Korean peninsula after a peaceful unification between the north and south. With its long-time adversary no longer in presence, mandatory military services becomes voluntary, and changes flow throughout the peninsula. Concerned with the lowered public’s security awareness, the National Security Command put in motion a new program called “The Ordo Project”. “Ordo” is an idol group used as propaganda to increase the number of the voluntary military enlisting, and quickly succeeds in gaining mass popularity and meeting its intended goals.
As Ordo gains popularity, voices of conspiracy arise, claiming that “Ordo” can only be described as a ‘phenomenon’, and is actually a brainwashing human weapon. At the same time, an unidentified armed organization is assembled to take out Ordo. The National Security Command organizes an elite combat unit, ‘Chasa’ to protect Ordo, and Jung-tae, a member of Chasa is assigned as the leader. – But Jung-tae had a problem of his own. He was suffering from a symptom, excruciating pain in his head, which can only be described as the pain of splitting his skull, only during decisive moments of battle. During a massive Ordo live concert, Jung-tae detects a threat on Ordo and throws himself onto the stage to protect Ordo from a group of armed attackers in masks. But once again, his symptom overcomes him and exposes him in danger. One of the mystery masks stares at Jung-tae and utters, “You, you’re a ghost?”. As the mystery masks run away leaving Jung-tae unharmed, Jung-tae realizes his excruciating pain is slowly fading away.